This complex was interesting and peaceful like many other sights in Delhi. A throw stone away from the hustle and bustle of the streets of Delhi but very quiet inside. Some people are repairing some parts of the site. Their kids are playing with them as it is Saturday and they are not at school. 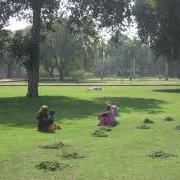 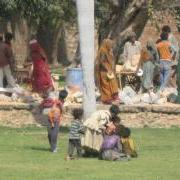 A bit hidden on the right I could see the second oldest Mosque in India. the oldest one being at Qutub Minar a bit further down this post. I found it thanks to the security guard who doubles as a tourist guide. He says he’s the only english speaking guard so he’s trying to make ends meet with some additional service. And he got his tip!

He also showed me his hand where every morning for the past 10 years he’s been writing a map of the main tomb. He taught me that Muslims in India always burry their corpse with the feet to the South, the head to the North and the mouth towards West so towards Mecca so they can say “Allah Uh Akbar”. The head is symbolized by some sort of flower so you can always tell where is Mecca. 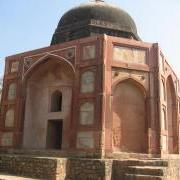 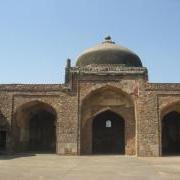 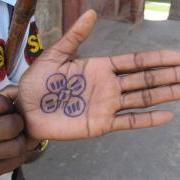 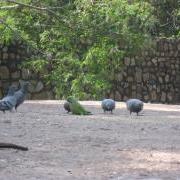 And you can see pretty green parrots!

Then here it is the main Tomb. 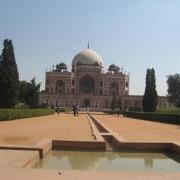 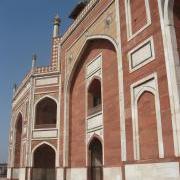 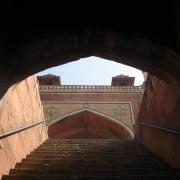 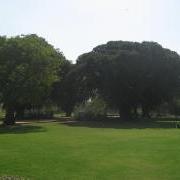 This complex was really spotless and extremely well taken care of. To the point that the grass was hand cut! 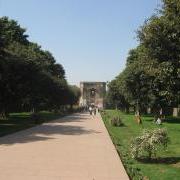 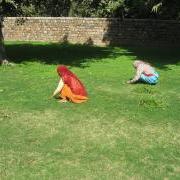